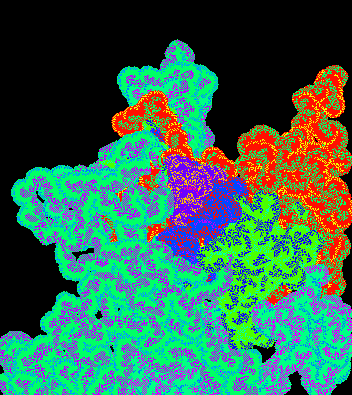 Shuck-Lily cuts herself and, by God,

I'm back in love again,

This is not my responsibility,

So why am I tending to you like an animal?

Why do I let her do this?

Because I'm scared she'll up and die if I leave her alone?

Black lipstick stains my id and I feel so unclean,

She whips it out,

And what am I to do but return the favor?

I ask every single God alive, "Am I afraid of myself?".

She wants attention but, also leave her alone,

Pick up the god-damn phone,

And now she loves me and it's all my fault,

But I love her too so I must be cheating.

I told you no a hundred times, but I guess,

You didn't believe me.

And it's just too much,

And I've had enough and now, I'm leaving,

She bats her pretty eyes and calls me a cunt,

Tells me to fucking die,

And brings me flowers for a week,

And it's just so exhausting. Was I not good enough just being your friend?

You're not my type; I'm straight; I just got raped;

But you don't understand,

Eventually I caved and it went exactly as I knew it would,

Now she's depressed and on top of the world,

And I just stare in disbelief,

Not the way we used to and it's all my fault.

That's what she thinks,

I'm a doormat, that is why,

I apparently broke it off for no reason,

So I guess I'm Satan for feeling down,

Because my girl wants to slash

Then, be angry I won't pick up a call,

I have problems too, but you shut me down,

No one is allowed to grieve except for you,

My trauma is a joke,

And you just don't see the point in crying,

It's been 6 months, I should be over it by now.

So I left her, and I'm ashamed,

Because I love her,

As I sit here, thinking of her,