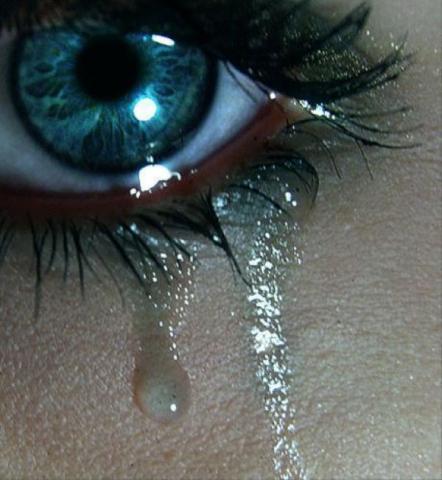 There once was a girl who could never stop crying,

who had so much pain she envied the dying

Her eyes were red as a recent cut's splatter,

but she could never stop crying, so it didn't matter

Her pale body was wilting along with her soul,

all of her crying was taking its toll

Her bleeding heart was so filled with pain,

that the tears in her eyes were heavy as rain

Unbearable sadness and sorrow inside,

weeping wasn't enough so she wished she could die

A few feet worth of tears filled her house,

it made it as sullen as her tear-drenched blouse

So lonely and broken, just waiting to die,

the only friends in her room were a few drowned mice

Up to her waist in tears and dead friends,

she prayed her hopeless heart would mend

But as much as she tried,

So one dismal day, enough was enough,

what was holding her eyes had turned into dust

While bent over praying to wake up dead,

her eyes fell straight from out of her head

because she had lost her rotten blue eyes