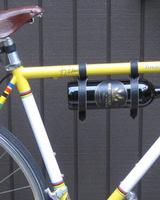 My teeth gripped the plush bottom of my lip, the nails,

digging to get underneath skin.

Digging to restrain the yells that were now being strangled at bay:

Just by the pushing down of ivories.

I wondered if they would clench and stay that way,

I wondered if my lips would start sweating blood and then never stop.

That siege of anger left me

sorrow’s claws clenched at my shoulders,

prepared to take me to places I never wanted to know.

I never wanted to recognize their existence.

The smell of alcohol dripped from his mouth, it crept around me in smugness.

I wanted the word to come out as stern,

to remind him of sternest, but that unborn yell took everything from me.

It was a croak of a smoker’s throat, still young but worn out and polluted before it’s time.

and he resumed the appearance of everything was alright.

The role slipped on him, but I could still smell the alcohol's creeping smugness.

All actors are essentially liars.

He was on a stage pretending

while I was being forced to look on.

Escapism's impossible because of the wrecked,

unsteady hands and an alcoholic sweat pervading his body.

The swaying of his body reminded me of other worldly memories.

unstable with sweat pouring off, reeking of uncertainty;

un-clammy hands held the handles with me, l

eaving an impressionable touch on my shoulders.

it’s okay nothing bad is going to happen. The words were repeated like a mantra.

But cars started to sway,

equilibrium was lost and alcohol permeated everything.

A stage I hadn't even noticed before appeared.

The touch had disappeared and I was alone,

ready to have flesh meet concrete.

“I… I miss you,” said the little girl now crawling out of my mouth.

I wanted to approach, but the girl was now trapped,

the oily chains coiling around her tiny feet,

it left dark blemishes against her skin.