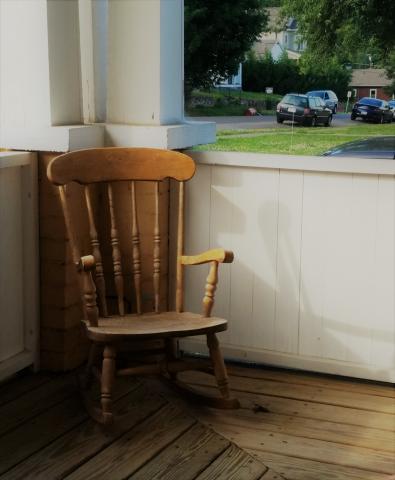 There are a lot of things swirling inside you

Emotions and memories and darkness that

You don’t know quite how to process

So you push them into back corners for

Moments when you find yourself

Alone on the kitchen floor with

And a head so alcohol clear that

You swear you can see into infinity

When you can barely see two feet in front of you

And you hate to talk about why

So let’s talk about it.

You grew up alone in a house with

Two brothers and two sisters and

A mother too busy raising other people’s kids

To look too closely at her own children and

A father too busy fighting for a big enough paycheck

To make one end meet the other

To spend time with anyone but the favorite.

We both know that this is only secondhand information

Gathered from fragments of your own memory

And conversations you weren’t meant to hear

Because there is a gaping hole where

Your memory is supposed to rest.

You flinch at the smallest of things

A raised voice has you running scared

Into the arms of childhood fantasy lands,

A raised hand in any context has you

Tensing in anticipation for the blow that

You do not know will land until it does or doesn’t,

The mere thought of going home

-No, home is somewhere you feel safe-

The mere thought of seeing your parents

Has you shaking like a leaf in a gale

And you can’t even remember

Somewhere along your lot in life

You stopped caring about the root cause

Because there was something there

Storming in the sky in front of you

Making the waves crash over your

You let the trauma soak right in

Straight down to your bones

Already steeped in a sadness

You couldn’t remember being without

Because it was easier to drown

Than to try to float in an ocean of fear.

You have drowned again and again

Like it is the only thing you know how to do

Let him open your chest with gentle hands

And fill it with pebbles until it is too late

And you are sinking to the bottom,

Letting you think the whole time that it is

Your poison in your hands in her chest

Stare down the blank nothing that is

Your very creation and every moment between

That seperates you then and you now.

But you have not died yet

Makes you worth more than

Poetry Slam:
Life in a Letter Scholarship Slam — CLOSED
This poem is about:
Me
Guide that inspired this poem:
5 Tips for Writing Letter Poetry