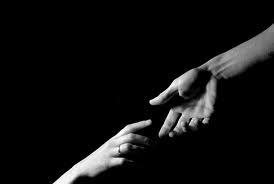 He has been questioned and speculated and misunderstood

Misinterpreted, misrepresented, and rejected as a result

Portrayed as one who requires perfection,

Who can’t see past our every fault

He has been mocked and laughed at

Or used as a tool for prestigious appearances

Or regarded as a made up figure meant to condemn us

And where the concept of truth itself has been deemed untrue

Because without God’s peace I would be a troubled soul

Searching, and filling, to be soon emptied more

I’d be disappointed and empty, with shallow goals

Without God’s joy I would be so easily controlled

Selfish and bitter of what they all stole

I’d get euphoric, then depressed, but never feel whole

I’d get defeated, then angry, dissatisfied, and alone

Without God’s word I would be an aimless boat

Tossed by the waves of societal norm

Without the anchor of truth to establish my soul

Without the Holy Spirit I just wouldn’t know

How sweet his presence is when we’re all alone

I’d be always second guessing the direction I should go

I’d be apart from his power, unable to grow

And without his grace, I would have quit long ago

Running as fast as I could from his throne

Bitter, yet guilty, but without any hope

But he didn’t allow that

Because he tugged at my heart

When I rejected his name

Tearing down the walls built by my indecisive mind

His has satisfied this longing heart

He’s the only thing I’m certain of

Those who accept him

He makes their heart new

And those who reject him

Driven by love that can’t be removed

Whether embraced or denied it remains true

The name stirs up offense, uncomfortable feelings, makes us put up our defense

And it’s the same name that liberates, sets the captives free, makes the lame walk, and the blind see

It has power that goes beyond you and me

Beyond what science can measure or religion can reach

Radical love that renews and forgives

Dying for your heart

That’s who Jesus is

Poetry Slam:
#NoFilter Scholarship Slam - CLOSED
This poem is about:
Me
My family
My community
My country
Our world