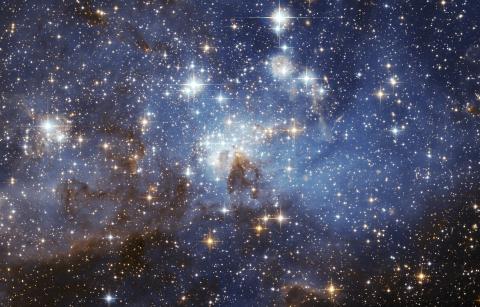 II looked up and saw a solemn darkness with muted stars that dotted the face of the sky like freckles (nary a constellation in sight!). Gradually, rays of lights burst forth from the overcast black and the friendly sun, sent by Apollo himself, were visible. I ventured out to a café where I met María, a starry-eyed poet:"Society lacks passion, dear. That's a radical change that somehow, someway, we gained as we progressed in knowledge. I suppose changes like that are natural in life - classical gave way to jazz, Richard the Lionhearted gave way to John and anarchy to civilization. Seafarers valiantly plunge ahead into uncharted waters until every inch of the seven seas is known. But for us to forget how emotions begot our cultural zeniths is ridiculous.Youth and passion are such fleeting things; butterflies in the meadow that beseech a net."IIThe sun reached its apex and was a radiating marigold in the skyThe church bells clanged abrasively as I remembered a war memorial outside Huntington Town Hall. American flags planted firmly in the ground punctuated granite memorials to the "fair cheeks and fine bodies" that were lost so that the country may live. As warfare was a sport, and a sport supreme to all others in honor, it was only proper that warmongers were to be found in public places but imprudent that they did not get the reverence afforded motley fools and chronic liars. War made Picasso replace jovial harlequins with aerial bombardments, Goya supplant wondrous expression with violent suppression. Lives fell apart and young men and women lived just to run into machine gun fire; whole families slept underground. Foiled experiments, smoke from carpet bombings blacked out the constellations; eunuchs with the eyes of Homer made a "peace for our time." Rightfully outraged people met in Geneva to make an action devoid of justice sweeter; their rules were read and blatantly ignored ad infinitum. Sen. MárquezI met the Honorable Senator Márquez in the afternoon, a man whose sole achievement was his dutiful and august study of the art of deception - hair slicked back, his silver-plated tongue rarely rested. "Boy, you ought to really think about all the money in this grand world of ours; Loans, vacations and gifts from wealthy associates all free! Who am I to refuse them...The modern man cannot live a life of poverty - nirvana is decades away. Sages and philosophers fall out of favor, and writers are only as good as their latest play. Astronomers are fools as the moon and the stars will never change, but the dollar forever shall reign."IVDusk's sky was a regal purple as I had the privilege of an audience with the venerable Professor Zeugma; his wire-rimmed glasses were adjusted ever-so-slightly as he preached: "My dear boy, mankind is endowed with a unique kind of wickedness. Usury and corruption run rampant while injustice and prejudice are commonplace. Modernity has stripped from society any semblance of dignity, yet the fine arts are the one thing that prevent the Horsemen of the Apocalypse from making their runs. Art is the sole acceptable way to be spontaneous and passionate in society, and artists bravely push the boundaries of what is allowed aesthetically. Sadly, however, the deaths of the Old Masters and the Realists brought about a dearth of artistic vision; every painting is a horrid rehashing of the last. Even the youth, the torchbearers of our culture, have forsaken verse and stargazing for modern delights! Look up to the sky, son. It's the same one that the Ancient Greeks and Romans saw, give or take a star or two, but still was paramount in their society. That's what we've lost! We no longer stoop to smell the morning glories, rich in scent...Aztecs looked al mismo cielo for a holy blessing before plunging in the dagger; "wretched" witches in Salem bowed their heads reverently towards the same heavens as us while the Honourable Reverend William Stoughton, of witch-hunting fame, ordered them to assume the position on the stake; Dutchman Van Winkle peered up to the same temperate sun as ours in the Catskills after his long slumber.I pray you look up towards the heavens more often - and keep up with the verse, for you may be the only one left who will."VI began to believe that the Senator was right; a Jesuit I was not destined to be! How could my ornately placed and pleasing words make waves in a placid world? I am no Pound, no Eliot - Professor Zeugma and María were crooning their swan songs anyway; they failed in their assault on society, as had the Modernists and the Rhymers' Club and the Transcendentalists and the...I was to set fire to all of my scribbled "nursery rhymes" when suddenly, the sky screamed crimson - the stars, a lifeline to the divine that are a crown for the universe, became hostile moles on the face of the heavens. Even dear sweet David, Saint of all the poets left me forsaken as the elderly oak tree, strong after ages of decay, grotesquely twisted about in a way I've only seen in paintings by a certain Monsieur Van Gogh. A terror swept over my body in a way only Munch could depict. Slowly, the sky turned a deep and calming black and the stars that swung violently about in horror settled and shone beautifully upon the ill-favored oak tree to show a stately countenance seldom seen since its youth. I swore to never abandon the fine arts, and the constellations, normally obscured by clouds or bright streetlights, came into full view on that starry night.

Poetry Slam:
My Year in Poetry Scholarship Slam - CLOSED
This poem is about:
Me
My community
My country
Our world
Poetry Terms Demonstrated:
Imagery