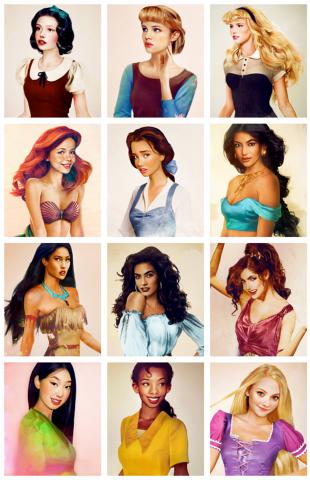 What if Cinderella was actually a slave whose prince led her through the Underground Railroad?

What if Aurora had social anxiety?

What if Snow White had Dissociative Identity Disorder?

What if Belle was a victim of human trafficking and had Stockholm syndrome?

What if Wendy had Schizophrenia?

What if Alice smoked a pipe instead of falling down it?

What if Ariel had Sirenomelia and could only dream of being a part of her family's world?

What if Merida was fighting the British from taking her home away?

What if not every story had a happy ending?

Maybe not every ending is perfect and that's okay.

Maybe we can all learn to live with ourselves because in the end, we're all we've got.

This poem is about:
Our world
Poetry Terms Demonstrated:
Repetition