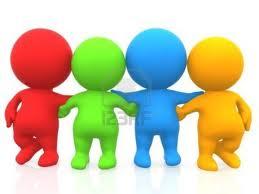 She was born into an orphanage

Her reading disability is awful

Her life spent without being wanted

Wishes he didn't have parents.

His mom is always drunk and angry,

His father always violent and abusive.

His sister left as soon as she could.

Misunderstood by her religous parents.

She feels alone and unloved.

She doesn't understand why they treat her like the devil.

She can't stand to live there for much longer.

Parents are both extremely successful

He just doesn't get it

He can't wrap his head around the concepts

He vents to the wrong crowd

He gets cuaght up in drugs.

Sarah is struggling too much with her job and disability

Justin can never focus, he's too distracted by his family

Molly gets stuck in her molasses-like depression

Leonard doesn't even care to go to class anymore

The four of them

All get sent to a hospital after dropping out

Sarah leaves to focus on getting more money, and overworks herself into an awful sickness, and is put in a hospital

Justin gets beaten bad enough where a neighbor calls the cops one night...he goes to a hospital

Find themselves in a circle together with a counselor one day

Molly cries through her tales of depression and exclusion

Leonard shivers at his eye-opening recolections of being an addict

All four of them

Have to explain what it was exactly that got them there

Sarah dropped out, and worked herself half-to-death

Justin dropped out, and got beat for it

Molly dropped out,  and was truly left alone

Leonard dropped out,  and nearly killed himself with the time he now had

Sarah died a week after this meeting from a cancer she had developed years before, and didn't know about

Justin died a few months later, when he went to forgive his dad, who hadn't changed, and beat him to death

Molly died that day, she was so week from the attempt on her life that her case of the sniffles killed her

Leonard died just after Justin, so depressed by his friends's deaths that he relapsed, and overdosed again

One can't help but wonder...

What would've happened if they never dropped out?

If they had supportive parents?

If their issues were detected sooner?

Would they still be here?