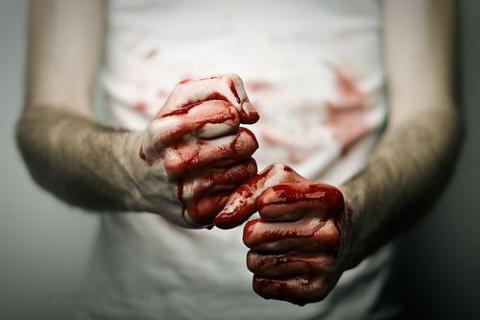 it took it's toll

on you and everyone around

with bloody fists you pound

are you the last to be found?

are you even found?

the words they say to you don't comfort

" what you went through I can't even fathom"

as if I needed reminding

like i wasn't the one they took in binding

against my will, didn't go without fighting

it was me they were refining

the memories were all so abiding

and all so confining

to that there's no denying

and my capters were always chiding

with a whip and with wiring

to stop my whining,and crying

others said that it was inviting

that later I would be thanking

said my resistence was admiring

but useless, no it wasn't

I still have scars and an inward sickness

It will get better this I promise

I'll still have scars but they'll be callous

This poem is about:
Me
My country
Our world

thank you so much for commenting