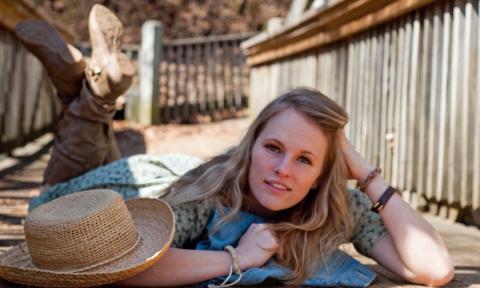 Introducing: the storm that brews in her mind...

It's force and undying winds become too much to bear

A foggy reflection, an expressionless stare

This record plays itself on repeat.

All intertwined in a melodic dance,

While tales of lies and heartache unfold

An artist's eye - she should have watched form afar

And like moth to a flame, she walked toward the lightning

Transforming to try and learn these steps too

Sensing the rain drops and sounds from the earth

Both souls aware they had not grown their wings

But continued to dance, intrigued by the night

Desire had won and, drenched by the rain,

Empowered, she tried to dance her own beat.

Blinded by darkness, the rhythm of thunder,

A God-complex ,and skilled steps of the feet

But when dawn appeared and the clouds turned to air

She - a machine, robotic, unfamiliar

The other now searching for love that had gone.

With courtesies, smiles, and a new kind of song.

But he only attempted at chords in his head

To which he thought the right moves could belong.

Lonely, she turns to face the horizon

Through the clouds remained just one single ray

Stuck with the pain of losing the song

Her own selfishness, pride, and lust drove away.

But the strenght of this light was reminding her still

There is a path where she would truly belong.

To feed, mold, and serenade her soul

To a rhythm she should have followed all along

So moving toward clarity, thunder at her back

She knows deep inside it's what she must do

Maybe, one day, he'll be moved by this light

And together they'll harmonize in a lifesong renewed.

Though it ended on a note she'd hope to forget,

The purpose of the song plays her heart's strings

And now, when she looks back, she'll solemnly know

Never to dance to Love Without Wings.