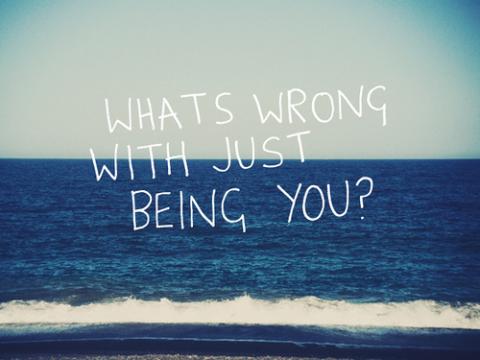 Pshh, you know what they say...

so I didn't start that way.

I started by living my life on the day-to-day,

had no friends, but what could I say?

hurt by others everyday. (In more than one way...)

being gay was quizzical

all that pain; emotional, physical

I thought I could tame it.

I was just a kid.

didn't know shit, though I thought I did.

ready to quit...I almost did.

why would I go down without a fight?

Is life really as pessimistic as I see it?

Is living so bad I can't be it?

Fuck everyone who thinks I should write my life in their font!

I don't have to conform, I just have to be

that's when I was born, when I became me.

since then, I've lived and learned,

but I smile, work hard, rise up, and do well in school

and so here I am, living my life, my way.

looks like I, not life, am the one to be feared.

Poetry Slam:
I Am... Scholarship Slam - CLOSED
This poem is about:
Me
Guide that inspired this poem:
How to Write Slam Poetry

I am scholarship slam gay Accept Yourself I Am... Scholarship Slam