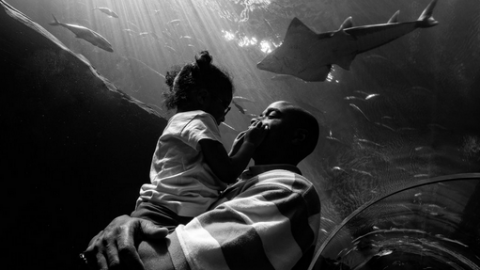 He is a hollow shell found on empty beaches

You try to get a hold of him, and he breaks in pieces

His words are venom but his eyes are tears

Deep inside he tells me he’s sorry, he wishes he was here

He’s been buried beneath the ice through the years

You should’ve seen him before though

When his eyes weren’t filled with money signs, and his blood was red

Back when he had morals

But I’m not the type to dwell on the past, just kind of makes me sad

Thinking about what I had, when my father was quote-on-quote normal

I read these books and I see these movies

I see my friends and I see their families

A man who comes home early, and gives a goodnight kiss

A man whose smile reminds me of fireplaces on Christmas

Is it too much to put that man on my wishlist

Or am I hoping for something that might never happen

Hoping is a lost word, more lost than he is whenever he makes a wrong turn

A turn for the worst whenever he loses his mind

Sometimes you can see him wandering beneath those street lights

Perhaps he thinks it is heaven coming to take him tonight

Perhaps it is the angels singing to give him a sign

He doesn’t listen but sometimes I hope he might

Poetry Slam:
#BecauseILoveYou Scholarship Slam — CLOSED
This poem is about:
My family