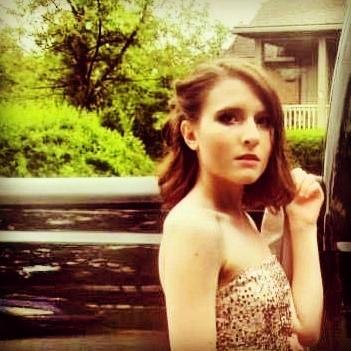 The sun casts its blinding rays onto the snow-covered ground to create a glittering reflection that has always reminded me of broken mirror shards. This burst of light that radiates upward starts to darken as my neighborhood pals scamper out of their houses and run to catch up with me. I stop in my tracks so that they will be able to reach me quicker and instantly regret it, for I’ve forgotten that the cold has a much easier time nestling in the muscles of a motionless body. Now that I’m focused on standing still, I realize that their dot-sized figures won’t be joining me for a while. All this time on my hands is what causes me to slip off into a trance of deep thought.

I had never believed that snow had magical powers before that day. Maybe it was the cold going to my head and screwing with my brain chemicals, but I’m pretty sure I came across something that had been right under my nose all along. My eyes traced the downwards sloping of the icy hill I stood atop of until they reached the uniform houses that lined my block. It’s funny how each house on that street looked like a clone of the one next to it, yet the amount of secrets and stories stored underneath their roofs was uncountable. So many neighborly problems that had arisen but never been dealt with. From calling the cops on eachother for pointless reasons to taking sides with our own family as if our very lives depended on it, we had each snitched on one another for everything imaginable.

Something about the snow made us all forget about our petty dramas. It was almost as if the snow blanketed and silenced all our worries at the time. Each flake that fell from the heavens was handcrafted by God and we happily held out our tongues to consume the forgiving remedy He had concocted for us all.

Okay, so maybe the snow falling on that day wasn’t actually magical, but I was much younger back then and that’s really what it seemed like at the time. Now that I’ve grown older and am almost an adult, I realize that snow has the power to stop you in your tracks and wake you up to the things that really matter in life. When that white fluff is covering every inch of the ground, you don’t notice that two houses standing next to eachother in a neighborhood are twins or that the person who lives next to you has a more expensive car than you. Snow has the ability to blind you from the material possessions you’re surrounded by everyday so that you can be in tune with the people who reside in them. Resolving fights and forgiving eachother should’ve been our solution to heal the bones that linked our homes, but back then it was just so much easier to let the first snow-fall of winter do that for us.