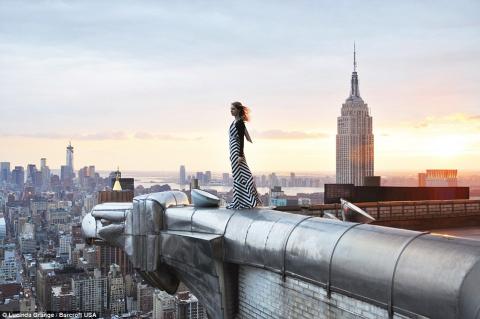 What a crazy girl

She has no guide

She walks to the edge of a building

She believes she can fly

Where is her savior?

Look at her eyes

So still and drained of life and purpose

Her heart is faint

Her head is light

Her life flashes before her soulless eyes

She steps closer to the edge…

A bead of sweat cascades down the center of her forehead

In her lost mind, she is just lying in her bed

Death is not beneath her feet

She has no recollection of her reality

She sees, but she is truly blind

She doesn’t see the power and virtue in herself

She is losing her mind

Or maybe she has already lost it

As one foot dangles over the edge,

She takes her last deep breath

She no longer feels worried, nor scared

She is ready to become an essence of the universe

She is ready to be made anew,

Into anything but an enslaved shell we all call a body

In that tranquil moment

She leans forward to plummet into an untimely death

She hears her own heartbeat for the first time

Her mind wanted her to believe she wasn’t worried or scared, but when she heard her own heartbeat…

The fast rhythm of true anxiety,

She became aware of her livelihood

She no longer felt numb and non-living

She grasped her chest and launched herself over….

To the left of the building

She bruised her elbows, knees and her ego

She just saved her own life

She was looking for the light in the dark tunnel of life,

The light was always right before her, within her

Her mind had become toxic and it blinded her

She became crazed with death, she wanted to become the essence of death and relieve the world of her cynical thoughts

She realized that death was harder than life

The sun began to rise in the horizon

It kissed her bruised chin and cheek

It praised her ego, it healed her repressed soul

It enlightened her desolate mind

It breathed a new breath into her breathless body

She had never breathed so effortlessly

She welcomed the light into her mind, body and spirit

She became anew with the universe

She was ready to leave this world and within the same moment, she became a part of the world that she didn’t think she belonged to

Thank you so much !!! I truly appreciate it !! I don't get much recognition, so I'm happy someone noticed. Thanks a bunch !