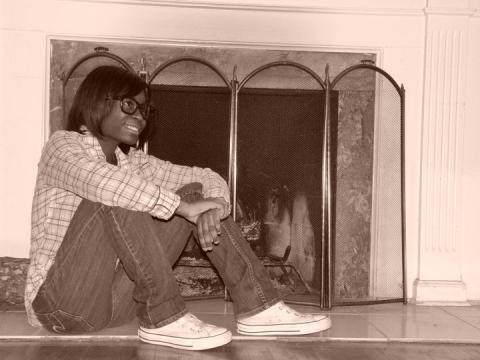 I write for the troubled young boys and girls

Those who depend on the streets to raise them

Guns to train them

And Friends to tame them

I write because I can

Because writing means speaking up

Though speaking up does not mean being heard

I am heard because of the echoes in my poetry

And flashes through the ears of a crowd like thunder storms upon a growing city.

I write for the teenage girl in high school

Who later will realize that the only growing being done

Because well…where was his father?

I write because my dreams are as big as Dr. Kings

When he marched through the streets of Birmingham

And as strong as Rosa Parks

When standing up for her right meant being seated

I write because writing means telling

And showing is believing.