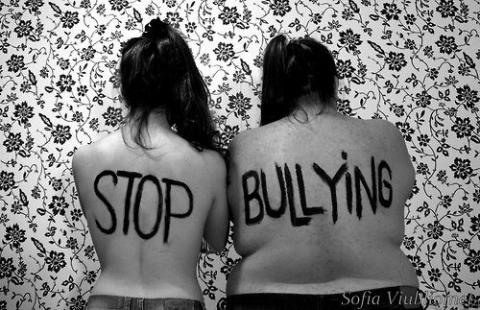 You won't take the time.

So you don't know.

She has a good heart.

But through her exterior that doesn't show.

All you can see is the poverty that her family has been cursed with.

So you decide to push her in the dirt and spit.

A place she's know's all to well.

The coward in you picks her because you know she won't tell.

A waste of space.

You can't see the hurt in her face.

She goes home to cry, but nobody there cares.

They only want the poison in their blood, that they will buy with the welfare.

So she wont eat.

Her dinner will be sleep.

And she will wake up tomorrow to face you again.

But not before asking someone in the sky to bring her a friend.

She starts to think its's her fault.

She start's to question life.

Question the wrong and rights.

Question where she'll go when the deed is done and she drops the knife.

As she watches the blood drip from her veins.

She'll think of every name.