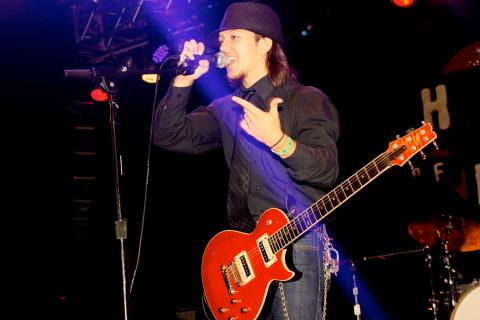 Who am I? Well that's a loaded question

that quite frankly begs a strict confession.

I don't know and who does,

I mean isn't that a journey that ends when you ascend up above?

I've been told by some and I know it's because,

But if that's what makes me who I am then I guess I'm just a bum.

You see drugs and alcohol are a wild desire,

But I'd rather burn with a passionate fire.

A fire to change, and not just myself but the world around me.

I want to raise people's heads and let them see what I've seen.

It's a tragic day.

I want to be somebody that makes a difference,

Maybe not by miles but at least by inches.

Cause this world we live in is run by lies and greed,

And maybe the best I'll ever do is tell the truth and show a little generosity.

Let's talk about that.

Something I rarely ever hear in rap.

But what if everyone told the truth,

Instead of rapping about success from the otherside of a vocal booth.

Because all they are is fake.

Unwilling to admit their mistakes so they cover it up with alcoholic intake.

Then preach it to the choir while kids keep getting higher,

But really what they want is to be loved and desired.

I mean surely this can't be it.

Because I refuse to sucumb to the things I've done.

Instead I'm gonna bring that mentality down,

But with my words.

Not with a gun.

About a better tomorrow where there is no suffering.

Cause if I live for myself that's a wasted life.

But if I can change at least one person?

Then I've faught the good fight.

Because you see growing up I had my Punk Rock kings,

And what they taught me is that it's enough just to be me,

With just a little touch of Anarchy.

That's what started my journey of maybe not knowing who I am.

But knowing who I want to be.

honesty I am who am I