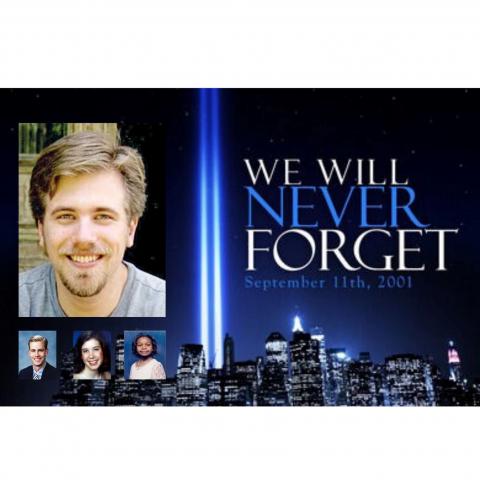 As a New Yorker, it was a usual day as the rest.

Meeting with clients, and ordering calls was all he had to stress.

Mr. Dittmar did not expect the worst attack to come

For everything he could control was underneath his thumb.

A flicker of the lights with an unheard explosion, happening on nearby

The conference continued without interruption, as an end was coming nigh.

Not a moment has passed when they were all asked to calmly leave the room.

He slowed and was reluctant, until he heard a boom!

He wasn't prepared, as the floor began to shake.

He fell to the ground and the tower started swaying.

He looked unto others, they were scared, and some were praying.

He rushed down the stairs, and without thought, he glanced across.

A sight he can't forget, all his muscles taut.

Of the North Tower, hit by flight, not so far from South.

He quickly ran for the escape, but heard a cry ahead.

The rising heat from down below, and smoke choking his breath.

He could either leave and save his life, or risk his to save another

A big decision that would affect him and stay with him forever.

"Where are you!" Dittmar shouted out through the smoke.

Following the stranger's voice, he came across a crate.

He was struggling to lift it, so he told the man to wait.

"Help! Help! Is anyone there!" He yelled through the hall.

Then quickly came a firefighter big, strong, and tall.

Like an animal, he picked it up and threw it to the side

Dittmar supporting him, as the man cried.

They staggered through the hallway, as he tried to find an exit

Trying not to panic, as he became more desperate.

Then suddenly a man's voice, sang through intercom

"God Bless America", calming everyone and all

He could only think of his children and his amazing wife

As he began reflecting on his short-lived life.

The things he never did or got to achieve,

He saddened most at the thought his family had to grieve.

Then suddenly a creak from the pillar right above.

He had to think quick, and with one thought, came a shove.

He wore an armor of courage as his heart beat out his chest.

And with one swish the pillar collapsed,

Dittmar was put to rest.

The rising heat from down below, and smoke choking his breath.

This poem is about:
My country
Poetry Terms Demonstrated:
Imagery