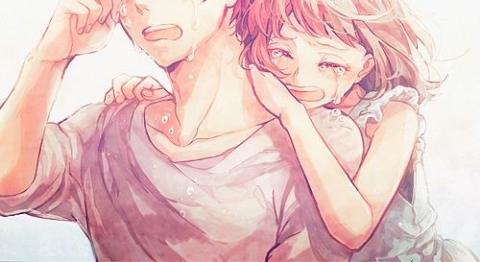 The most carefree child

That’s what I was

Somewhere along the way

I was forced to throw logicality out the window

There was no way I could study for this

There were no set answers discovered by others before me

Despite all my arguments against it

There came a time when I met someone

Someone who would change me

It was at that time that I realized, I had grown up

It started so simply

Happening to sit right behind him

Before I knew it

We started talking to each other

About school, about anime, about life

My night-owl self would get up at five A.M.  just to talk to and laugh with him on Facebook

I don’t know what happened

One day, we were casual friends

“What if we were boyfriend and girlfriend?”

“If I ask his friend to work on this project with me, that will give me an in to ask him too, right?”

My thoughts started straying from the usual friendship-style thoughts

And I recognized it

He stood rather nervously, his hands fidgeting

And confessed to me

It was just like every anime I had ever seen

I hated talking about my feelings

Even talking to each other became a constant struggle

I always told myself...if I could just find someone to like

I wouldn’t make any stupid mistakes

“I’ll make sure he knows that I like him!”

I tried so hard

To hold hands with him

To talk to him

The stress boiled over

As much as I wanted to hold his hand, I fell short

I wouldn’t break up with anyone

I wouldn’t apologize and find myself entitled to such care

I wouldn’t be mean to someone

I couldn’t be mean to someone

He understands that right?

It’s hard to explain, but…

You can’t be good at everything

Logicality will only get you so far…

And in this case

The pestering and infinite thoughts

My words shocked me

A tangent detailing everything I hate about him, myself and us and this...this is what I got?

My chest would hurt just seeing him around school

I would find his face in everyone else’s

And every time his name was mentioned...the world stopped

Everything was a blur...

Sometimes, as people, we just have to accept that not everything can be fixed

Maybe, things really could have been avoided...if we weren’t so scared…

The people we come across in our lives...good, bad….we should learn to thank them

For the help they give

For the support they offer

For their beautiful existence

For existing with us

I think it was this moment that I realized

I had grown up

Perhaps I had become more childish in the process

But I wouldn’t change any of it

These memories of mine

Will always be mine

A reminder to thank him

And to continue on living my best life

Poetry Slam:
Glow-Up, Grow Up Scholarship Slam — CLOSED
This poem is about:
Me