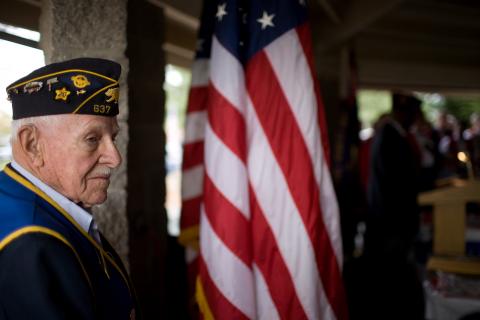 There it is, in their eyes
When they look up into the once torn skies
They see what we hope to never see
Lurking in shadows but praised with pleas
Battle torn fields and red smoke filed nights
Rubbing hands through their vision to rid themselves of the sights
They thought they would never have to see, smashed
And etched on corneas with white hot blasts
Ghosts that never leave their side
Sounds that break and divide
The sanity of now and the devastation of the past
Curled up against memories in tangled sheets, praying they won’t last
Another day in this in between place
Of Heroism and war
That always leaves them wanting more
Solid ground to stand on
Looking for those that are already gone
Burned with stripes and littered with fallen stars
The Veteran Heroes who raised the bar
Stood valiantly before the darkness of war
Look out on peace with the Ghosts in their eyes
Searching for their fallen comrades and planes in the skies
Old calloused hands itch with the never forgotten weight of guns
Patriotism and honor in their blood runs

Guide that inspired this poem:
Poems to Support a Veteran