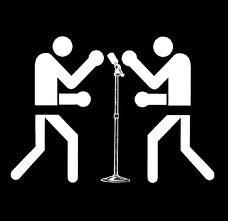 Two roads diverged in a yellow wood,
but forward the light brigade?
Seems odd for soldiers to fight in war
When generals see their choices made.

For they are just following orders
no morals to call their own.
I see why many feel defeated
for their spirit fights alone.

To struggle with the orders
Issued by the higher men
A soldiers morals will fall astray
when death is issued by a pen.

Soldiers pull the trigger,
because the commander pulls a string
The soldiers become puppets
dressed in camouflage and green.

They will fight for freedom,liberty
peace, and mercy too.
But the soldiers soul stays enslaved by the orders he is forced to do.

For when the soldier kills a man
he must dig a grave for two.
One for the enemy he has killed
another for his soul that's through.

Poetry Slam:
Slam What You Will (Closed)
Guide that inspired this poem:
5 Tips for Writing a Ballad

Wow... this is really powerful. Congratulations on a poem well-written. Thank you for sharing.

Thanks JDawg16 Im glad to be a part of this community

Great work, I love poems that support those who do more then what is need to be done. RIP to all the falling soldiers

I love how your poem flows, and what the words mean. It really hits home for people who have fought.