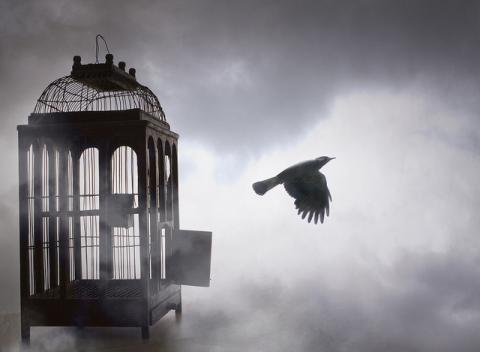 She was beautiful like sleeping in on a Monday morning.

No, she was as a caboose arriving for the man about to break loose across the tracks,

Never looking back, because his job was to whack, and he’s tired of flak from his wife’s attacks.

So let’s go back. To the day where we met, it was all so wet, spirit splash.

She looked at me through the sides of her jet black eyes.

So dark and warming; like hot chocolate on a December morning.

Then her grin, the same kind of grin that closest of kin have as they sin.

Mischievous and enticing I drew near.

A friend of a friend, but her interest was thin like her waste.

Eyes up here. I look back up and realize this girl is something else.

For a moment we exist on a different plane, time stops, I’m going insane.

Just for a moment I was the main character and the extras were silently muttering around us.

Stop the fuss. The moment ended but our journey did not, I gave it all that I got, but she was hot –

To the touch dropping like a potato. No one to pass her too, I held on.

Burning my hands just to hold her. Even the burns felt warming to the heart.

First three months. Was it love was it lust? My heart I can’t trust, but finding out was a must.

We fell into a cycle faster than water we rose up, fell down, ran off, and rose again.

Each time losing bits of our self. Taylor talks about a nightmare dressed as a daydream,

But this was a demon covered in whip cream.

Things weren’t as they seemed. A miscarriage was actually an abortion. Sounds bad? It’s only a portion.

I was lesser: a boy trying to be a man, not a part of her plan, just drowning in the sand.

She captured my heart when I wasn’t looking but she was a tiger on the prowl like Cecil.

I thought I struck her down when I got her, was ready to put her up on my mantel.

However, that head animated and came to life. No static women they’re all dynamic.

This couldn’t have gone worse if Steven King had planned it.

My entire world stopped for a moment, nothing mattered when she was dancing for me.

Little did I know she was dancing for fees.

Her temperature rose faster than Bolt has ever run. All of a sudden fun was too slow, hate had won.

No boiling plate. This was seismic and I wasn’t wise like Isaac.

Her words pierced my soul like kunai, while her nails dug in my face screaming “die!”

Like Stockholm syndrome she cut me off from my family and friends, but

When I got a chance to leave I would say, “Well it depends, if she’s nice today, I guess, I’ll stay,”

Losing my chance to get away.

Even my family wasn’t safe from her hate.

Wishing my niece and brother would die, what happened to my ‘cutie pie’?

Our baby talk had turned into an exorcism of demons. I just wanted to be a free man.

If it meant I could have your love, even for a moment, then that was like landing on mars.

I didn’t need your love. I needed my own.

Now when you see me you act like nothing happened.

But my heart is fastened and her eyes have blackened.

That chapter is over, you’re not trappin’

I love myself now. And I know you’ll never do the same.

So good luck with your mellifluous game.