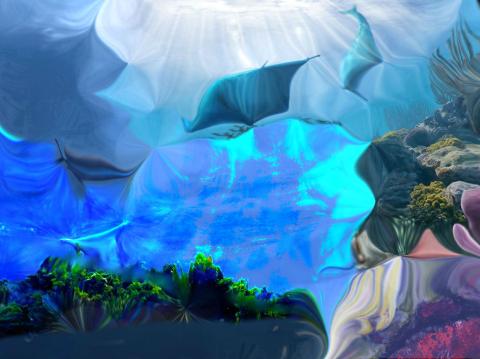 Behind the curtain I question who I am as it doesn't get much more temporal than that.

A human at best, a figment at worst, it's assumption that destroys my innovation.

Yet, I manage to sneak into the ideal premise without needing to conform.

The objective reality is that there is not a me, but rather an amalgamation of situations.

An atom here an atom there, a place to walk to with feet, don't you comprehend?

I am not a self - analyzing being who believes that analysis is worthy of thought,

but, rather, preference rules the train of ideas most adhered to by myself.

Without the context, how can one understand oneself?

We're suffering from symptoms of drapetomania

slavery isn't over, it just took a new alias.

The conundrum described refers to the almighty social dogma

Inside rebellion I'll continue to stay. The erratic behavior tends to feed the constant chatter along the way,

and when your vision clears up one day, you'll realize what it is that imposed my being to say

that the amalgamation of culture is a deterrent; it doesn't help. Innovation is lost when they agree with themselves.

So, let's assume that juvenile behavior is negatively received, is it the behavior or just the possibility? The possibility of what? Of new social landscape that many are frightened by. However, it might be the only way progeny may thrive.

Poetry Slam:
Slam Behind the Curtain Scholarship -- CLOSED
Guide that inspired this poem:
Writing a Poem About Something You Want to Accomplish

this poem pops up when i try to enter one of mine it's very irritating but i love the litirature you wirte first one i've read but want be the last.

2014 Slam Behind the Curtain Scholarship Slam