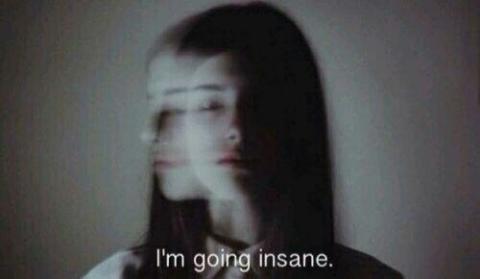 there was a princess

who didn't get her perfect ending.

is still casted by the faux story

of a princess who didn't get her ending.

she sat in the horse drawn carriage

waving her life away.

waving her identity away.

she sat in silence,

one so deafening, a dropped pin would be audible.

she hesitated before asking him what was next.

he calmly told her that he would leave her

locked in a castle for her to make her own living,

the far away castle had a kingdom with a king and queen.

he assured ella that she would never be alone,

they had been expecting her after all.

her palms grew damp and her throat became dry.

that was the last time she saw her husband.

she knew he had plans to abandon her,

to elope with one of her stepsisters.

she knew that he had plans from stepmother

to banish her far away from them with a false marriage.

news of her and elizabeth had been released within the ‘family’

and that’s when all plans had begun;

her hair was being undone from a tight bun,

all jewelry and her gown were being removed.

she sat bare and fragile

where did she go wrong to deserve this?

it wasn’t a “where did she go wrong?” question.

a wrong move was not to not love boys.

a wrong move was nobody accepting it.

she looked down to see servant clothes once more,

looked up to see disgust riddled among faces.

she wearily glanced outside to see a castle in view.

they stopped the carriage outside of the town’s borders.

she finally let out a sob as her bum roughly impacted the dirt road.

the carriage pulled quickly out of site,

leaving broken sobs and distant clops left to be heard,

but something switched in ella’s body.

the tears stopped and her fragile body stopped shaking.

a fire ignited in her body, more fierce than a tiger.

she slowly walked towards the town, one foot dragging behind the other.

months later, ella sat dabbling in the dark mists of the world.

caring for a witch that took her in meant someone had to relearn everything;

near deaths. and finally, shape-shifting.

ella never saw a use for dark arts, death, damnation,

until she saw her, the king’s daughter, in the town by the well.

ella halted all movements before a single profanity left her mouth; elizabeth.

oh, how she missed her,

it's not her, her body urged,

the fire ignited once more, shooting out like a fiery solar flare.

how could elizabeth let her be taken like that?

the deep depths of her soul cracked and shattered.

the dark magic flowed through her veins,

she turned quickly away, not before forming a plan.

that next morning, tragedy struck.

news had spread in the kingdom of the queen’s brutal murder.

ella smiled as she shed her clothes,

the warm water begin to enclose her like a disease.

but dare your eyes believe it?

that water pooling on the floor is red.

she ran her fingers through her shoulder length blonde hair,

fingers turning it black as she went down,

until she reached the end of her hair.

her hands ran across her face,

eyes become emerald instead of blue.

that was the color of elizabeth’s eyes,

those eyes that were sewn into her brain forever.

ella stepped out of the shower,

wrapping a black towel around her body,

looking into the mirror at her new look,

before smiling and speaking her dangerous words,

“i think i am the fairest of them all.”

Poetry Slam:
Once Upon a Poem Scholarship Slam - CLOSED
This poem is about:
My community
Poetry Terms Demonstrated:
Metaphor