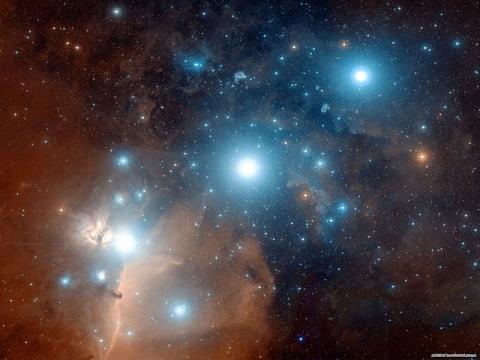 You missed the day in biology when your teacher went over

the composition of the human body.

Maybe if you knew you were 93% stardust

you wouldn't have sparked your supernova,

Filling the bathtub with all your galaxies.

Your parents found you drowning in your own blood,

and the white shirt you got last Christmas all stained with red.

Darling, don't you know every star in the sky is just as special?

When you blinked out, Orion lost its belt

and now every constellation is following suit.

Your mother won't eat because all she can think about is

the day she didn't let you stay home, and the

black hole you disappeared into is starting to sound inviting.

She won't go out with a bang like you did, but slowly, slowly-

Watching the Earth turn on its axis in a painful pirouette

that reminds her of your four-year-old ballerina feet.

Your father doesn't want to remember lowering your grave into the dirt,

and he doesn't have a name.

He's a comet crashed and burned, scorching your face into the earth with

Your little sister doesn't shed a tear because you once called her a crybaby;

She lays in your bed and prays you don't get mad,

Falling asleep with her nose against the pillow that still smells like your shampoo.

there's no chance you'll come back.

But she still clings to the memories of

Barbies and Disney movies and the shape of your mouth when you applied your lipstick,

She has makeup on her face as she says your name in her sleep.

There's a boy one hundred and seventy-two miles away

Who would have watched you walk down the aisle with a lump in his throat.

In eighty-one days he'll be working at a coffee shop

And no one will order an iced vanilla latte

And he won't trip and spill it on his way over,

Offering dinner as an apology for the ruined blouse.

But not even the inside of your coffin can see them now.