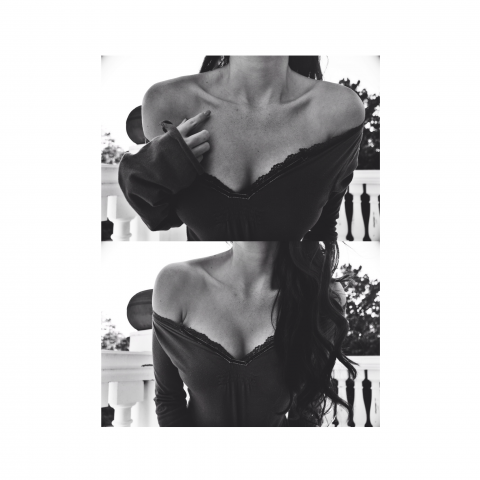 There was a distinct difference

Between my body and my soul

And I was homesick for a place

Where my heart could be full

And my mind understood

She moved in a way that knew no love

She waltzed in a way that knew no hurt

Her eyes lit up in conversation

Her hands told stories of their own

Raised in the air, pumping her fists, unraveling the day's tale

Her strawberry tainted lips, pursed as she frantically studied

Barely ajar as she exhaled her worries

Her hair draped long, extended down to her hips

Dark and lustrous, full of life

She smelled of spring time, of clover and pine mixed with honey and citrus

She appeared poised, calm and collected

Nobody could have known she derived from glass bones, from paper skin

She had a war going on in her mind

And neither side would surrender

She had known what it was like to be loved

And she knew what it was like to have lost

She struggled to build a home inside her own skin

Because she did not feel at rest there

Revving up the volume on her Alpine stereo

Converting her steering wheel to drum sets, she was Ringo Starr

Cramming in those last two verses

She was the type to order Chinese food

Hoping it would reveal some unknown meaning

And gullibly believing it clarified life

She was the type to procrastinate studying

And during lunch, disregard the cafeteria

Instead nailing the Quadratic Formula into her brain

Cursing geometry and her satanic teacher all the while

She was the type to muffle her cry at 2 am

Over the heartache she felt from some low class, scum of the earth boy

Who could not uphold a promise

She was the type to claim she had plans

Even though her only schedule for the evening

Was drowning herself in mint chocolate chip ice cream

After receiving poor marks on her finals

She was the type to search for meaning in everything

She frequently wandered the woods to collect her theories and thoughts

And returned with little newfound perspective on life, but instead wreaking of pine and sap

Alone at 4 am, intently studying her hands

But the truth was, nobody had really felt her

Nobody had crawled inside her skin, or felt the depths and shallows of her soul

And so she ached

For she felt endlessly empty

She cried the rivers in her bones dry

The volcanoes in her chest had long passed erupted

And hard, molten lava blanketed her body and hardened over

Everything was so fragile inside

And nobody recognized it