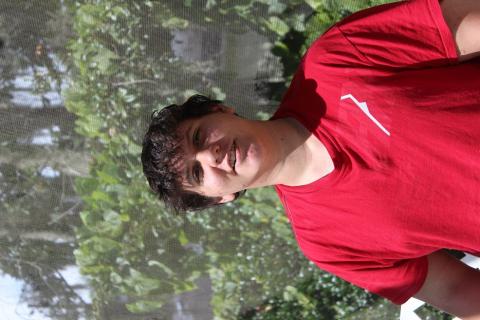 Six, I played with frail, pale, paper dolls while wearing moon shoes and a pink flower girl dress. This was the age I first heard my Mama complain about her curves in the mirror. As a little girl I could never see my Mama as anything other than the lovely doll dressed in a flowing skirt that the other paper dolls called “mommy”. My Mama couldn’t know that my tiny impressionable ears were listening while she grimaced at the sight of her womanly figure in the full length mirror. I don’t know why I didn’t have any dolls shaped exactly like my mother.

Eight years old, too young to think about starting a diet, but my fourth grade crush called me a hot air balloon. It wasn’t because my head was full of hot air. I ate my lunch in the bathroom that day, but most of it ended up in the trash.

Fifteen, the first time I started wondering if I needed to take up less space. I discovered the taste of bile lingering in my mouth after my brother’s birthday steakhouse dinner. I watched him eat every bite and have two slices of cake with cream cheese frosting without remorse, I knew that ‘girls like me’ couldn’t afford luxuries like that. I started counting calories like others counted the stars. It would have been easier to count stars. I smoked marlboro cigarettes and drank black coffee instead of eating at the diner with my trouble finder friends.

Seventeen, it was my birthday. I should have woken up with parents singing happy birthday, pancakes cooking in the kitchen, and a wrapped present on the foot of my still pink bed. Instead I was greeted with white walls, scratchy sheets, a single TV, IVs in my arms, a crying mother in the corner, a pacing father, and a nurse staring down at me. My father begged me to eat the food at the hospital, I replied that eating made me feel worse. I dozed off and wondered if I would be lighter up in space. This was the first time I spent three weeks in a hospitalization program for recovery. I wish I could tell you that it was the only time.

Twenty-Two, I know now that crash landings are inevitable. Every time I try to skip my lunar rocks on the lake, they sink before the second hop. I spend my spare time on the roof of my apartment trying to see my wasted rocks in space with a telescope. I know gravity can’t work like that, even stars that fall can’t float back into space.

Gravity has laws against that.

Poetry Slam:
Everything is Awesome Scholarship Slam - CLOSED
This poem is about:
Me
Poetry Terms Demonstrated:
Stanza

Eating Disorder anorexia everything is awesome