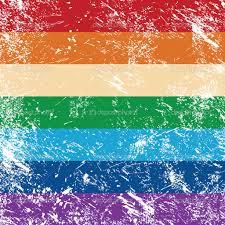 A as in "abomination."

Y as in "Why haven't you killed yourself yet?"

"There's nothing to be afraid of!" they say

"It doesn't matter that you're gay."

Sure. 1,572 queer hate crime victims in two thousand and eleven.

Sure. Nathaniel Salerno, beaten by 4 men for being gay in December o-seven.

Don't tell me that I have nothing to fear

When neo-nazis visit my city, grinning ear to ear.

Don't tell me there's nothing to be afraid of

When Westboro Baptist preaches about damnation from above.

When you're queer, life isn't full of rainbows.

Life is full of dangers of which you do not know.

My biggest concern has never been my limp wrist.

It's always been a homophobe's fist.

Something has become syonymous with being queer,

And it's living a life surrounded by fear.

Fear of rejecting, of hate, of not being able to make it any further.

Fear of of discrimation, of intolerance, and of murder.

I don't expect you to agree with whom I choose to be,

But you sure as hell don't have a right to persecute me.