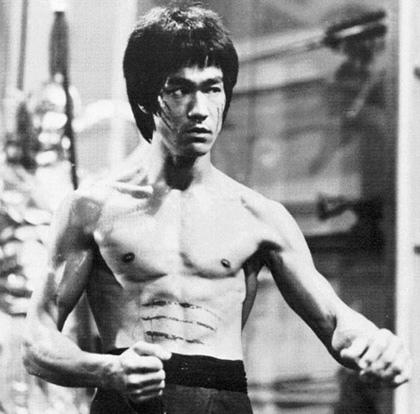 Growing up as a young girl with yellow-toned skin,

It was hard for me to find role models I could relate to.

Luckily for me, I stumbled upon Bruce Lee.

Master of Kung Fu, Bowl Cut hair extraoirdinare, and yellow-toned like me.

I bought his poster and hung it proudly on my wall.

Mom found it to be a bit vulgar because his six pack was showing but I didn't care.

All my life, I never felt particularly strong.

My personality was stubborn but I was always non-confrontational and let others disrespect me.

In middle school, my mom would constantly berate me regarding my weight and acne.

In high school, I let people pick on me and did not know how to stand up for myself.

In college, I got into a dangerous situation and found myself overpowered by a stranger.

After that, I knew something had to give.

I wasn't a child anymore, and I had a stable source of income.

I chose to pursue martial arts and learn how to use my body to defend myself.

I wanted to be a kung fu master like Bruce Lee but Wing Chun classes are rare in the United states.

Taekwondo classes were close by and I called to ask about an intro class.

I went and for the first time, became aware of how completely unbalanced I was.

Even kicking ten times in a row at one target was hard during the first few classes.

Over time, my skills improved and my confidence did as well.

My classmates were all so supportive and would assist me in learning the various belt forms.

Soon I was a white belt, then a yellow belt, and now an orange belt.

A year ago, I would have never dreamed to be a black belt in taekwondo.

A year from now, my goal is to have a black belt in taekwondo.

I believe in myself now more then I ever did before.

And I believe that martial arts can benefit anyone and everyone.

So many women of color are in my class and it is absolutely inspiring.

Don't be afraid to try something new.

As a minority and as a woman, I believe it's better to be proactive than reactive.

Be water, my friend.

This poem is about:
Me
My community