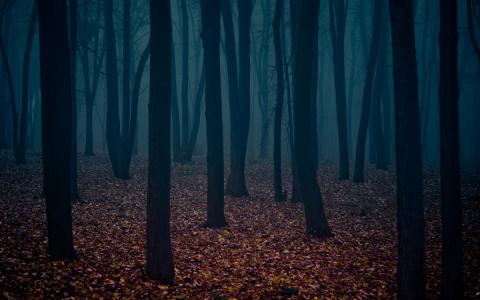 A killer of beasts

Thats what I am.

A soldier of God.

He has chosen me

to destroy the Evil.

All of the weak;

but I am to protect

the weak from him.

I walk along the trodden road.

The stench of searing victims corrodes my nose.

The weak create a hole to sew.

The young girl was not a witch - nobody really knows.

They have never seen a witch; Horrors of the flesh, terrifying creatures.

Disfigured from reality, a witch knows no mercy.

Witches toil in their rituals; Sacrificial wretch, satanic being of evils.

Eaters of humanity, blind with rage and fury.

Beyond the town inside a cave.

The dwellers of old begin to crave.

I'll be there to take the census.

Above the bells i hear their cries.

The feast awaits, the night is nigh.

They excite from misery.

Condemn them by holy trinity.

I arrive at their doorstep to play my role.

Their curtain has closed for these wretched souls.

Beasts of terror, your end is here.

I further into the cave; the beasts were no struggle.

They were only the slaves; this test will be double.

I have found her.

The wretch of the night, the queen of the abyss, a damsel of death.

Her eyes are yellow, skin has turned gray, and she's as tall as the church.

An augur of hatred, her gaze peirces me, this horrible creature.

Six fingered hands, decrepit rib bones, I see that she smiles at me.

I spare no time.

I let out my strike.

Cut her in half.

Dead in one strike.

An odd thing for a witch, to fall easily.

This is unusal, a real mystery.

I look at her face, she smiles her teeth.

A candle lights up, and I finally see.

I fell into her trap, the victim is me.

Standing am I in her ritual for me.

A plot for the warrior of three.

Her blood is the catalyst of an unholy sacrifice.

A curse for the hunter at the cost of her life.

I walk along the trodden road.

The pain inside twisting my guts.

Beasthood tears right out of me.

I can't keep this up, I think I'm coming undone

I have to keep going. My duty lies with them. This is my job afer all I was chosen by God Some must make the sacrifice and bear the brunt of the evil and take the pain

The weak sleep easy with their sin,

while strong souls die protecting them.