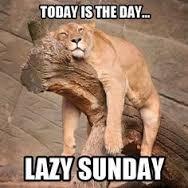 Is it just me, or has life kinda lost its sense of  euphoria? Like its become mundane in a way? I mean ,like, it's a beautiful day

today and it's the first day of spring that actually feels like spring and I just want to be anywhere but in the house but all my friends.. are busy. they're Working or  organizations they're apart of take up all their time and it's kinda ironic cause when we were younger, they would run up to my door, with Kool-Aid stained smiles, asking me if I could come outside  to play but I couldn’t. Now I just wanna go out! Catch the bus to wherever and get lost in the middle of the city and see something really,  really artsy  and be inspired to create something inspiring and be adventurous and spontaneous but everyone is busy growing up

and getting their license

and trying to pinpoint where they're applying to next year

and legitimately going on dates and I'm just sitting here, in the house watching cartoons,

trying not to grow up.

Trying to enjoy being 17 cause in a year I have to choose which career  I want to have until I die and which college, that caters to said career, will devour 4 or more years of my life. so all I need.. is a time machine. No, seriously I need the ability to stop  the unyielding hands of time so I could somehow regain the childhood that I've wasted trying to grow up.

Can I just not grow up cause that's scary and i’m still too emotional to live out in the real world and I'm so naive that  I Believe a well written poem is powerful enough to stop police brutality but  in reality, if a cop stops me with malicious intent, I can't just spit poetry on the spot and expect him to marvel at the artistry of my alterations . I can't just  pull a metaphor out of my back pocket. The “kind law abiding Officer” might mistake it for a deadly weapon.when i was a kid, i was a talented artist but in the real world: i can’t paint a pretty picture as rent payment.

What am i Saying?

I still wanna go outside and play. I don't want to grow up. But can you blame me?! Look at the world we live in!

If you had the chance to be a kid again,

this poem is basically illustrating the struggle of growing up, but  still wanting to be a kid again.