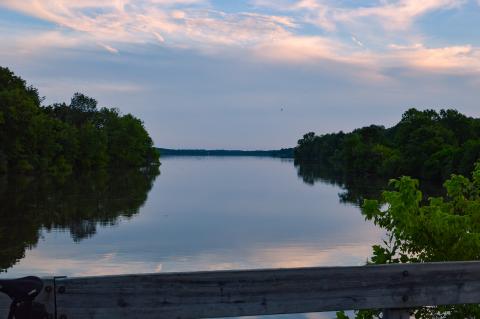 His mind had tricked him. It convinced him that no one in his life had cared or cares.

''Damn! Fuck!'' He lives in a city of 1,000,000 plus people, but he feels like he lives on a deserted island, blowing S.O.S signals in the sky with no response to his call for help.

Only thing to do is to work and then die. There is nothing in-between.

Hope had came in the form of a phone call. His mother has been calling him latety, but his response to her 'how are you doing questions' was always answered with a, ''I am fine.'' A mother's intuiton is never wrong. She knew something was up and that is why she kept calling. He finally decided to open up. He decided to trust. He told her about his thoughts and his state of life. He told her about everything and he cried. His mother said, ''I never knew that you felt so alone. I am and always will be here for you.'' The man felt peace. He really was never alone. He did not need a problem solver or he did not need answers to his problems, but all he needed was another human to be in his presence; to come amidst his mess and still see him for who he is.

He calls his mother from time-to-time and she is delighted to see his name pop up on her phone. He will be okay.