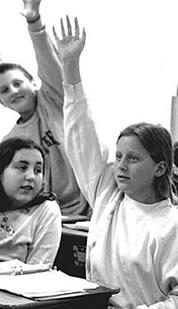 In class we have this discussion group,

a Socratic seminar of sorts.

It was always the same 6 people,

who raised their hands and offered their thoughts.

They spoke their minds with no hesitation;

I thought to myself.

I was shy and quiet,

always sitting in the back

as I cringed at the thought of all the attention being on me.

But there was something about that day,

maybe it was the grayness of the sky,

or the slight chill in the air,

that made me raise my hand.

The question was about the two forms of self-

and one we show off to the world.

The majority's opinion was that

most people are just good people

and there really aren't two sides

if you're a good person.

I thought that was shit.

I was an expert on this topic,

as I was all too aware of what it’s like

trying to be yourself while simultaneously

trying to please everyone else.

Humans are predators and prey.

We search out those who are weak,

But when being attacked,

We are so damn afraid of judgement

that we try not to give them anything to judge us about.

We don’t speak our minds or show ourselves

because of god what if

or what we have to say?

Well that day, in that moment,

I decided I didn’t really care.

With my hand raised in the air,

the teacher looked as me,

almost surprised that could even move,

“Ali? Do you have something to say?”

instantly regretting this as all their eyes landed on me.

are terrified of showing the world our purest selves.

We hide behind a mask of smiles

and the breath of fake words

I saw the judgement swimming in their eyes

making it ten times harder to finish what I was saying.

“I mean none of us are perfect

but we still think we can convince everyone we are.

We all have secrets and quirks and issues

that we wish we didn't have

but those are things that make us human.

So of course we have two sides to us,

but we need to try to embrace both sides enough

that one day hopefully those sides will converge

and there will nothing left but the simplest form of ourselves.”

I took in a deep breath after realizing

I didn't breathe that whole time.

almost as if interesting was her synonym

“Anyone else?” she asked,

drawing the attention away from me,

like she was trying to forget I ever spoke.

That is the reason why

I never raised my hand in English again.