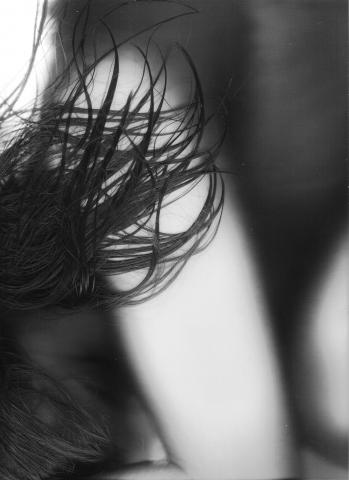 Outcast.
Victim of amassed judgment,
Everything defining you is blunted.
Hunted.
In the triple homicide of mind, body, and soul,
Words were the weapon of choice,
Words nitrogen cold.
It's kind of hard to breathe with verbal bullets in your heart
And a dagger in you back,
Like your blood spatter is their art.
You're a child of sad days—sadder nights,
Your name redacted,
Presence retracted from society
And its twisted brand of piety.
You’re just a John Doe on the corner of the street,
A walking protest sign that people see but won't read.
This world revolves around money and methamphetamine.
Pressure of peers pulls you in like gravity—
But gravity can be bribed.
Wings sprout in the greatest moments of strife.
Maybe that's just it though;
We flew too high, made Icarus of ourselves and
Fell. Fell. Fell.
Fell…
Splash! That's the sound of us drowning in our own humanity—
The least humane race humanitarians have seen,
Reigned by Queen Status Quo and her husband, Duke Cruelty,
Partners in matrimony.
This is monarchy, anarchy, aristocracy—
Anything but democracy.
What's the point of voting if we all vote for the same thing?
The pretty one, the strong one,
Athletic, sexy blond one.
High-heeled, skim-skirted,
White-toothed and over-flirted,
With practiced sweetness of a Southern Belle—
God forbid they act like themselves,
Like an

Outcast,
Soldier in the war against sameness,
Difference is your crime and for that
You'll get the noose.
Go on, kick, cry,
Scream!
But you'll find no euthanist tendencies
Here where uniqueness bleeds.
Plead guilty,
Surrender to the will of Quo
Or go stand on death row,
There, on the front lines where the bullets fly.
Will your transparent tattoos of the Great Taboo
Protect or betray you here in this zoo of crime?

Outcast,
Angel in prison stripes,
Flogged, branded, humanized,
You radiate Truth like the sun radiates heat,
But your light goes unseen because
Their eyes don't see in HD.
You speak Truth that hurts in a way endorphins can't tame
And a massive dose of morphine can't erase--
Truth that burns hotter than 10,000 Kelvin,
Meltin' the gravel in the hardest man's core,
Vaporizing every little white lie
You tried to hide in that core.
Truth that dissipates,
Disintegrates,
Incarcerates ever minute shard of hate,
Making it fade like bloodstains
Of the past,
Marking you

Outcast,
Let love be your prescription,
Definition,
Life description.
Don't let your legacy be a pathetic thing
Prone to peer infestation.
Host a prohibition against everything that isn't based in
Love.
Sing your forbidden hymns into a megaphone,
Let this drowning planet know
You are a criminal.
You are Queen Status Quo's assassin.
You are
Maskless.
And you are proudly
Outcast