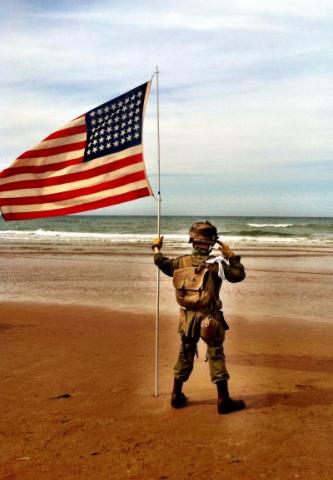 Oh say can you see

The graves lining up day by day,

Of thousands of men and women who decided to lay

Their lives down together for the ultimate sacrifice?

Oh say can you see

The stars on the flag, so white and pure?

They stand for the fifty states, but I think

They stand for a bit more;

For those soldiers who made it.

Who made it back home

To their family, their life, not unaffected.

a family, but all they see is their

friends over seas still fighting for the land of the free.

I see justice in blue, and valor in red, but what I don’t see are the soldiers that are dead.

Either six feet under, or trapped in their own head;

Sometimes wishing that they were dead instead.

Attacked every night while you lie in bed.

Attacked by the demons inside their head.

Watching the unforgettable pictures of their lives that flashed before

Their eyes as they thought they would die.

They play superman and fight them off to live another day

And keep that mask on for one more day.

I can see women, men and children sitting there by a phone

Waiting for the call that says:

"I’m right here beside you."

D-Day and stood at attention for an hour and a half, not wavering when the tide came in.

Not wavering when he thought of the way they achieved that win.

And that was all you could hear:

Laughter because it was over.

I can see my family joining the ranks,

In the Marines, the Army, Air Force, and Navy.

that was supposed to be

And I know these words to be true

Because I bleed red, white, and blue.

This poem is about:
My family
My community
My country
Our world