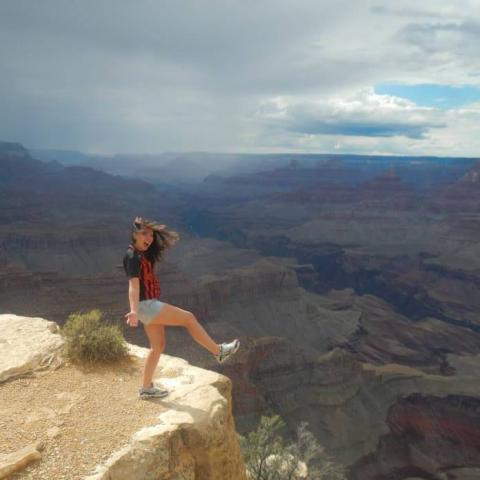 When darkness clouds in, my faith is deterred,

Fog and despair surround me, my vision blurred,

Turning to and fro, finding nothing in the night,

My entire being wills the dark to become light

As hope starts to waver when I stumble and fall,

I cannot help but wonder if I should be trying at all,

Yet regardless I push, still searching for the way,

Lest I should be confined to wander astray

Abruptly my feet come upon a path worn and old,

I follow it, quickening my pace to evade the cold,

Time passes, my limbs ache as if carrying a load,

A dark void engulfs either side of the road

I stop to catch my breath, wondering where this would end,

Until straining my eyes I behold a fork in the bend,

One path slopes down, seeming gentle, well tread and fair,

The other slopes up, seeming steep, harsh and bare

As I sit and think, carefully pondering my choice,

My sore body points me downward, as if it had a voice,

Common sense dictates this is the obvious decision,

But something within me holds me in my position

Then, just for an instant, the dark cleared from high above,

I saw a light peeking through, shining like a white dove,

Quickly as it came though, it left, swallowed by the eternal black,

Leaving my mind full of doubt, wishing for it to come back

“Had I truly seen light? Where was it from? ...” questions filled my head,

And squinting I searched, attempting in vain to find where it had fled,

Now however, my situation was even more ambiguous than before,

I felt lost and alone, my sorry frame pressed against the hard floor

Yet a force from inside filled me with strength to get on my feet,

Thus I faced my challenge, traveling upward to chase the light,

Remembering an old adage, “good does not come without a fight”

Higher and higher I trekked, ascending more each time,

My fatigue grows exponentially with each step of my climb,

Curiously I passed many windy paths leading back down,

I fought passed them however, keeping my pace with a frown

On the verge of surrendering, able to withstand no more,

I suddenly burst through the dark veil, as if breaking through a floor,

Light inundated me, piercing through me much like a sword,

Dancing and glimmering, taking away from me every single word

Recovering, I found my lethargy strangely being cured,

As if the light was cleansing me, removing all I had inured,

Staring down I found I had also been robed in white,

My being feeling as though it could promptly take flight,

Then, curious, I looked behind me to view the world below,

Everything was now visible and crisp, looking as if the land was aglow,

I searched, and found where I had first began my trip,

My eyes re-walking the road I had took, remembering without a skip

Shortly I come to the fork I had encountered,

And curious, I chose now to follow the road downward,

After a while when I reached the end, I found to my surprise,

That it ended in a sudden cliff, which would lead to certain demise

Shaken, my eyes turned to the small trails I before had found,

Which now looked as if they led from below, back to high ground,

However, each consecutive trail was in turn steeper,

Looking each time harder to climb, each incline deeper

Turning my attention from this, I now focused back ahead,

And saw before me a glowing gold road, which off into the light led,

Before travelling on however, I took a moment and reflected,

Thanking the guidance I had received, so that I had not deflected.

Poetry Slam:
I Am... Scholarship Slam - CLOSED
This poem is about:
Me
Poetry Terms Demonstrated:
Metaphor