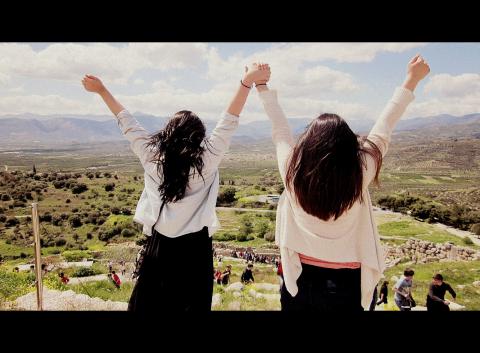 It was being nice and standardizing yourself to fit in

There were curves and lines and colors

She spoke to herself, “I think I got It”

Turned around and shared her illegible numbers on a loose leaf

She tried her hardest and found an answer

It didn’t matter who starred in wonder

Judging her for her brain; how fast it worked, how clever it was

Didn’t matter to her because she got somewhere with it

I glanced back and forth from her notes to the black screened, white bordered, shiny phone hidden underneath the desk

From her notes to my hidden phone

To the other 20 students in the class

All her friends (not mine)

All part of the top 10% of the school

I started to question the definition

She didn’t try to act a little dumber

She had her faults, true

Though the questions weren’t often

This is the natural humility

She’s respected by the smarter and not as smart

Because she doesn’t define herself anywhere in between

Don’t restrict yourself to a definition