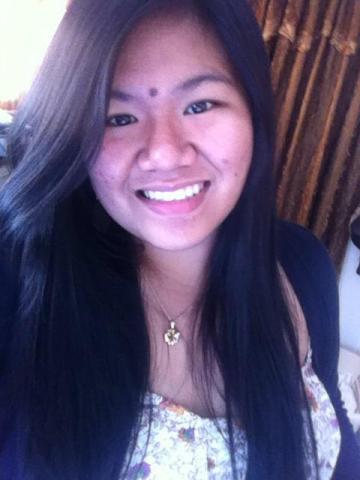 So ladies and gentlemen!!
Get ready for a no-chance SUMO WRESTLING fight
Introducing the contestants....on the blue side,
is the all time professional BIG SUMO BROTHER.
And on the red side,
the person who is so afraid to speak up, nothing but a punching bag,
and who clearly with be a goner at the end...
is me.

Before this match begins,
let me give you a brief background on the contestants we have today!
The BIG SUMO BROTHER,
his strengths are being unfair, which makes him the master of the ring
giving his contestants no chance to redeem themselves.
He is great at sitting down for a LONG period of time,
leaving a dent on the chair that is molded perfectly for his buttocks!
How impressive, right?
His got, round chubby cheeks, small eyes, and his legs be GRINDING on each other
And always having the urge to SMASH someone,
with his MASSIVE belly and man boobs.
He has an ear, but his ignorance clouds it out.
He has eyes, but he denies to see the truth.
As for his weaknesses, his a MONSTER when his hungry and grouchy.
Making the myth of GODZILLA....real.
I know little of his weaknesses so,
HOW AM I SUPPOSE TO SMASH THIS MONSTER?!
As for me, my strengths,
learning to defend myself was always second nature.
Tolerance was the most useful skill.
I was able to put up with his bullshit deals, bad days, and days where he was JUST MAD.
As for my weaknesses, I let him get the best of me.
For that,
I was tied to the corner, while he yank those tears out of me recklessly.
I didn't have the courage to tell anyone this,
afraid that I was going to get called out from him by doing so,
that I was looked upon as weak,
that nobody would support me through this struggle,
better yet understand.

So as you see, I don't have many strengths in this match in order for me to win.
None of these counted anyone.
All my strengths did not bother him or penetrate through that thick cover,
that blocks the blood that runs to his heart,
making him numb.
My integrity, my dignity,
didn't matter to him.
It was what he wanted to see. How he decided this?
Was through that small perspective in his eyes.
That conclusion that he makes in that narrow mind he has.

My certificates, 4.0 report cards that I pour my knowledge too, didn't count.
It wasn't, "Good job little sister, I'm proud of you." Instead I got,
"You're so  stupid, get out of my face before I hit you! And Oh, go cry alone in your room."
His words made such big cuts on my body, the more I put my hands up for defense, the more cuts I've received.
Undermining my stamina, my ability to stand, that feeling you get when you are pulled from under your feet,
hanging helplessly.

So to finish me off,
he grabs those chopsticks in his hair.
Lashes them at me, smacking me hard in the face.
Penetrating through my body, like how a bullet would tear through your skin,
your muscle...Leaving a trail of blood behind.
My tears, flowing out of my cuts. A thousand cuts that made me bleed to death.

You see I suffered the aftermath,
I've lack self-confidence in myself, doubting myself, and receiving less than I deserve.
I've hurt people with my words in a way to take my frustration out.
I wanted them to feel the pain, the pain of when I was dieing inside.
The cuts, scars, wounds,
I've covered it with band-aids of "I'M FINE".

But it all uncovered itself at night.
Silent tears that cried out for comfort...from anyone.
My light, shining up in the sky, whispering for help.
But invisible from the rest of the lights out there.
I didn't want to lose myself, as well as in those lights.
I didn't want to be those stars,
those stars that got lost in the city night sky, but rather be the BRIGHTEST one out there.
I needed to be patient, waiting for my light, to make a path through the dark clouds,
hoping that light would shine upon me.

Through this realization,
you have to go through hell, in order to get to heaven.
So contestants, are you ready?
Fight.