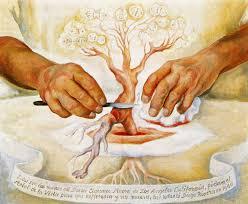 There are a numerous amount of bitter people all over the world that want to express their pent-up feelings that were kept deep down inside.but sometimes is just that they seem to be gaucherie at certain times of their life. In their, mind they feel like they been rejected due to the lack of attention and love. Which other people don't understand because their tank of emotions wasn't able to be tenacious?Or is it because this world is cruel. The generation that is rapidly growing is a misunderstood one. Because these people are not willling to forgive one of another for their mistakes that already been admitted. The society today believes that bravery is winning all your  fights. But does that makes your bravely be truly identified or  wrongly assumed ? So does this generation misunderstood the future?

Poetry Slam:
You, Me, and Poetry Scholarship Slam - CLOSED
This poem is about:
Our world
Guide that inspired this poem:
How to Enter a Poetry Contest

a generation that is lost future society