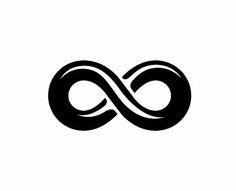 When you multiply two positives, the outcome is positive.

When you multiply two negatives, the outcome is still positive.

Now, applying lesson number one in example number one:

Going through the minds of every girl across the globe

as often as counting numbers is the question:

Is being a woman a positive or a negative?

Going through the minds of every person who sees their skin

as nothing lighter than the useless crayons that are too dark to be seen is the question:

is being brown a positive or negative?

According to the theorem of Rape Culture, it is a woman’s fault if she is sexually harassed.

or how much she had to drink

or how late she was staying out.

According to the theorem of Donald Trump, brown people are rapists and thieves who steal jobs from Americans.

With our evidence, we can now conclude that

Being a woman means screw you and your patriarchy.

yet as dangerous as the heels on your bleeding throat.

Being a woman means being the odds

when everything in the world

Having brown skin means screw you because my melanin radiates

in the brightest and darkest of days.

My skin tells you my culture

and the people that worked through hell and back to get to where we are now.

My brown identity reflects all real numbers and issues that we face in society.

How can one thing be a positive and a negative at the same time?

yet give me so much strength?

I will prove to you what being a woman

and being brown means

from the day I am born

to the day I die.

to the bottom of the ocean floor

to defy your standards.

To complete lesson number one:

I am limitless and

Poetry Slam:
I Am... Scholarship Slam - CLOSED
This poem is about:
Me
My family
My community
My country
Our world

So much yes in one poem. I love this.