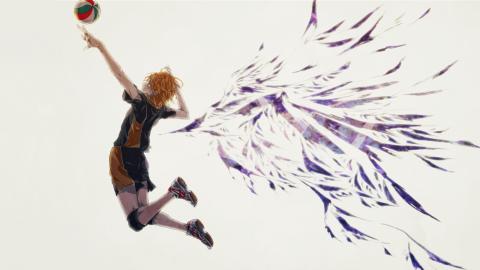 Gears groaned as the wheels roatated, stuggling to find its rythem

I was behind my friends,

but then again I was always behind my friends.

This morning was differend though.  I couldn't catch up.

over the hill they went- me still struggling.

How odd my friends backs looked, while raised above.

They sat straight. They sat Tall.

I could out run them, and had more endurance.

Even so I still could not catch up. I knew why though.

I refused to get off my bike. I would make it up on my own.

I was an athlet. But athlets like me did not have my disability.

I made it. And my friends had gone on ahead.

None were to be seen.

My focus went instead upon a little group of old men.

Clustered around the window display of a TV store watching

Just a glance was enough.

That one glance was enough. To change my life. And the way I saw myself.

I moved closer to the screen.

And a humming noise began in the back of my heart.

A deep adrenaline rush of wonder and hope,

of awe and joy.

spiked the ball passed blockers who were twice his height.

As he jumped to the net-

for a second his knees bent,

He came back to earth- and stood next to his team.

the smallest on the court yet the one people feared.

One of the old men looked down at me-

with my forhead and hands preshed against the glass

the spark in my eye-

looked at my small frame,

nodded at the screen and said

"God didn't give us wings,

So we look for ways to fly."