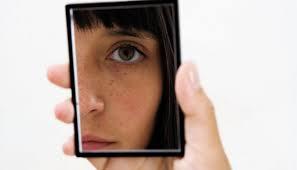 This one is for the girls who ever had it rough

The girls who devoted their entire life on the basis of a six letter word that is pretty.

But when I look in that mirror I see a girl

A single rose suffocating in a field filled with thorns and pricks;

Ready to stab you under one false move

Their laughs that left a trace of an audible scent

Hanging in the air like the smell of rain after a cool autumn morning.

A slimy worm that was...

But when I look in that mirror I see a girl

A girl more beautiful than you or I

Because no one knew that an ugly girl could change and blossom into something more powerful, more exquisite.

It was her beauty that stood out different from everyone elses

NO she didn't need anything.

Because her type of beautiful was unique.

Because she was more than just a front cover on a magazine.

Remeber to always love yourself. Beauty is not just on the outside but in the inside as well. Love you all.