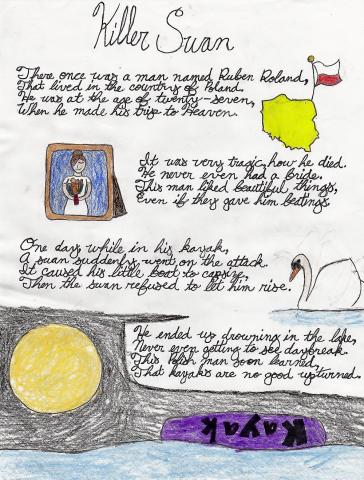 There once was a man named Ruben Roland,
That lived in the country of Poland.
He was at the age of twenty-seven,
When he made his trip to Heaven.

It was very tragic, how he died.
He never even had a bride.
This man liked beautiful things,
Even if they gave him beatings.

One day, while in his kayak,
A swan suddenly went on the attack.
It caused his little boat to capsize,
Then the swan refused to let him rise.

He ended up drowning in the lake,
Never even getting to see daybreak.
This Polish man soon learned,
That kayaks are no good upturned.