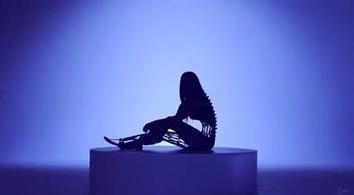 When I was eight, I tried to hand my crush a cookie

he stared at it and said, "do blacks make their cookies different?"

I stared at his bright freckled hand and fire glazed hair

and responded "yah, we add a butt load of sugar."

When I was twelve, I won the science fair

a disgruntled dad complained to my teacher

saying "she's a minority, save the advantages for college."

I didn't understand then, but my mom got really mad

and dragged me out cursing "the damn racist."

I didn't understand the man but I knew that r-word

When I was fourteen, I went shopping with my friends

they made comments about Hollister "being a white store"

I looked around to see Asians, Hispanics, and whites buying clothes

And I wished for the millionth time by now, I wasn't black.

Now I'm seventeen, and used to these comments

"you're really pretty for a black girl" as if it's a compliment to say,

it's shocking you're pretty because blacks usually aren't

or "you'd be prettier if your skin was a little lighter"

my mom found me crying in the bathroom one day

sorrounded by creams that advertised a way to whiten skin

she told me "black, white, and everything in between,

we are all the same on the inside, we are human,

and it is up to me to show that I'm just human."

I agree with you. Sarcasm and snarky, confrontational comments on the internet annoy me... it's like hearing something really annoying with my eyeballs.