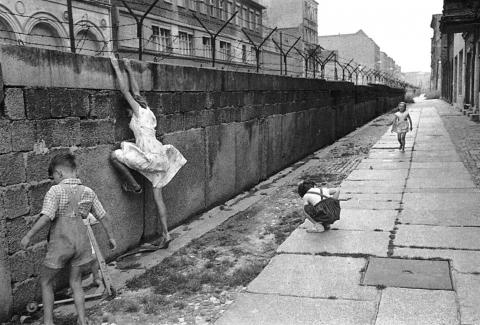 I reach the bottom floor

and turn west, toward home.

If I hurry, I’ll make it back before

the kids, and Karrin’s lethal words

can question the hickeys,

But hickeys are better than bruises,

I feel the pattern of her stein on my face.

Only because I ignored her nagging,

or looked at another girl one second too long.

I never fight the ground war in Russia.

At least I’m not as ugly,

her face could destroy two cities in Japan.

Eastern girls can destroy more than the weapons pointed at us.

Whispers of guards, of dogs,

and of walls, leap over their heads

and bring freedom to mine.

Gasps echo through the crowd when we see the line,

never has barbed wire brought me so much joy.

My tears get caught in my smile.

The guards call it The Wall.

I call it salvation.

Not even a hell bent wife

will make it past German Shepherds.

I shake the guard’s hands and tell them who to look for.