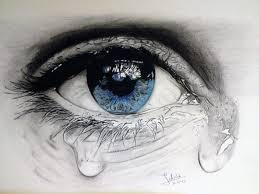 She knocks on my door and asks me to come out. “No,” I answer, but it’s not my voice talking, it’s his. Raising my 6 year old niece has not been easy, given I’m also raising a young man. His name is Depression. Now don’t tell my actual boyfriend that I can’t get Depression out of my head—he knows. No, he’s not jealous, no, he’s not a polygamist, and no, we aren’t unfaithful to each other. I’m just…preoccupied. // Depression and I are not love at first sight. He isn’t my prince charming. But one day, he somehow had me—and I just didn’t know it. He was the darkness every time I blinked my eyes, the silence between my heart beats, the hesitation after each exhale. Depression and I first met formally when I was a freshman—I was a spirited, bright 14 year old, and Depression clung to me like the void around a candle flame. Threatening to extinguish my fire, he made me think of different ways to use a protractor like an exacto blade, how best to tie a plastic bag around a head… // I had only heard of him before—soft whispers in the shadow at age 13, as I stared at my body, pondering the possibilities of empty spaces… // He and I had a fight the summer I was 14: he punched me in the stomach and made me cry, so I told him to go away. He said, “Fine,” and it took a while, but soon I didn’t see him anymore. Things were going just great—I was happy, I was blooming. I even started to date, but Depression soon became envious (what speaks male privilege better than jealousy?) // And that static on the radio, the buzzing of the fridge, aren’t they familiar when you’re alone at 4 am, and you can just about feel the ceiling crushing you? // One day while I was driving, Depression sprouted up in my passenger’s seat (rather the opposite of a sunflower, don’t you think?) and he and I began to argue. He got so angry (you know he’s very violent) that he reached over and made me pull the steering wheel. // Well. At least no one was coming. // He pulled me into his dimension when I went over the double yellow line. I’m working my way out. I go to bed with Depression, and he fits into all the empty curves and crevices of me. When I wake, he insists upon being carried and I don’t object because I don’t want to fight again, but… // He either wants me awake all night, or doesn’t want me conscious. You know, I’m starting to get really tired of carrying him, being driven into the ground, shrinking beneath the weight, getting closer to the asphalt, the grass, the tiles… Maybe I can get rid of him when I flatten out and he has no one to carry him—unless he’s fond of walking, that is, in which case he will walk on me like an entitled pedestrian. // I’m happier more often now. My life flashes like strobe lights, alternating between light and dark, dark and light. But Depression is patient. When the lights go black he blows himself up until I know nothing else. Who made Christianity the official religion of the Roman Empire? Depression. What is the integral of x squared? Depression. What is the powerhouse of the cell? Depression. You see, Depression raves in the darkness and shrivels in the light. I’m all about going green, but sometimes I have to keep the lights on, keep them flashing white and not black. // So when my 6 year old niece knocks on my door and asks me to come out, I can’t seem to sum up how it is to raise Depression. But sometimes he speaks for himself: “No.”