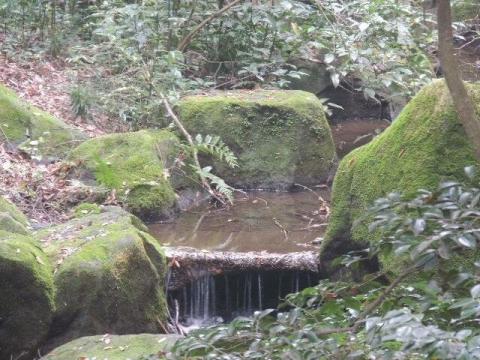 Were you alive, were you put together, were you an unfathomably whole thing?

He’s a tinkerer, a marionettist.

He’s provided you the string, given you your stitches, handed over the glue so that you could compose yourself into a human.

Without him, you are: Nothing.

You think, maybe he has created you.

You know, you’ve been built on the pyre of his words; his approval.

At first, he’ll say to you:

“My illness did this.”

The accusation will dangle from his mouth, unheard;

He will whisper into your ear jagged words until they become soft lullabies.

You’ll tell yourself in between stifled, bated, choked, repressed tears:

He will make novels from your skeleton, and poetry from your insides.

You’ll convince yourself: It’ll be worth it to see his art on display.

But, you know the taste of metallic on your tongue with the permanence of a tattoo.

What is it that they envy?

Those velveteen ladies who sew together the lyrics of your suffering and call it:

Your love is a violent shade of red, it’s a striking vermillion.

You make a mess of yourself, and they’ll call the composition beautiful. They’ll press flowery affections to your agony, and prune the bits of you like in grown weeds.

You know, you’ve felt, what it’s like to have fingers at your bones that turn you to dust and spread you across canvas.

You’ve felt your limbs tear, like you are as thin as paper; you are linen.

His words are the gasoline that set fire to your edges.

You sear for him.

You are like a gnat being kept alive by the mercy of a frog. You are a mere speck in the shadow of his genius.

When they will inevitably look, as they are sure to, on his creation they will see only: him.

They will gaze past you and your sorrows,

And see -- an intellect, an artist: tortured by his own demons that shaped themselves to look like you.

In between the lines, the suffering that was once wholly yours will be read as his.

As a man’s greatest triumph, and you will fade to the background.

You are Tippy Hedron, Shelley Duval, you are Maria Schneider, you are Dora Maar,

You are just another in a sea of forgotten women; and your face, like theirs, has blurred in definition.

You are a plethora of women ignored; you are relegated to silhouettes and outlines.

You are a note in a backstory, a blip, a reason to say:

Your meaning is tied like a captive to his muse, flickering and never-constant.

You don’t speak unless his words are placed on the tip of your obedient tongue.

Like a wolf, your heart is between his teeth, settled in, waiting for him to

You are chinaware, you are a tea cup.

You are easily shattered if handled with reckless abandon, and he has fingers made for destruction.

Your skeleton is left exposed for his demanding curiosities, to rearrange your inner workings until you fit what his eyes want to see.

Bruises collect on your skin, in a pattern posed as affection.

He has covered your wings in wax,

He has called you Icarus,

And he has thrown you into the sun.

He has molded you, shattered you, ripped you from rib to rib, and emptied your cage.

And before the world:

You have become art.

Poetry Slam:
CLOSED: Annual Emerging Poets Slam 2020
This poem is about:
Me
My community
Our world
Poetry Terms Demonstrated:
Verisimilitude