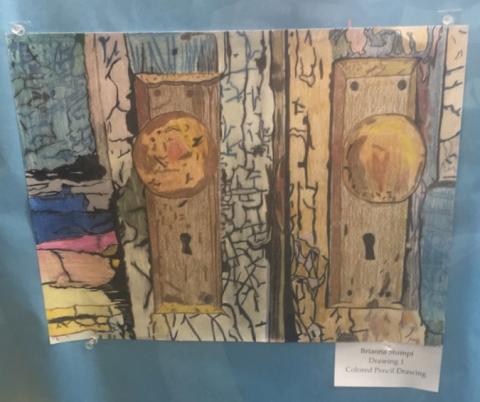 My mind explodes with hatred. I was only told of the awful memories. I was only told of the abuse. My mom wanted to protect me from the bad. I was forced into a game of hide and seek except there was no one looking for me. My daddy loved me, but his hands said otherwise. My mommy loved him, but her mouth spoke differently. My mom took my brothers and I to a hiding spot away from my dad. Virginia became the room that you run to after turning off the last light in that one creepy hallway that’s only creepy in the dark. My daddy had become the creepy hallway. My mommy liked to pretend that the creepy hallway was creepy all the time. Everyone else knew that the hallway was fine when the light was on, but my mom could never see the light. My daddy was mommy’s new symbol of hatred and pain yet still there was some love. My mom would tell me about how bad daddy was because she needed to remind herself why she left the man she loved. Daddy did love us, but when his hands striked our faces, blood dripped, and tears flowed, mommy had us run and hide. Mommy knew she needed to protect us. Years go by and the games of hide and no seek continued. Mommy was too depressed to care for me. Mommy changed into something else and used other substances to cope with the pain. Hate towards my dad grew as I watched my mommy fall apart. I awoke every night from dreams of being killed by a mysterious man who you could say was quite creepy. Nevertheless, the game of hide and no seek continued until a new player entered the game. My uncle decided to seek for me in place of my daddy. He called us to tell us daddy was sick and couldn’t play much longer. Mommy thought we should go say goodbye and end the game once and for all. I saw him. I saw daddy for the first time since I was two. His face filled with regret and pain. He knew he should have been a better seeker or that he should have never played this game. He saw me all grown up. I saw his pain and my heart was overwhelmed. The game was over for I had found him. I forgave him. I went from being the hider to becoming the finder. I realized that the dark creepy hallway had light at some point. My daddy was good at some point before his regrets and he is good now. The light in the hallway was back on and my hatred left with the darkness. Months later when daddy died the light died with him. The darkness came back. This time is was much worse. I began a new game of hide and seek. I hid but depression had a tracking device on me. I give up hiding from depression and I hid from the world and hoped no one would seek me. I hid with the sorrow and pain locked away in my room. I seeked for a miracle which would turn on the light in the hallway for just a day, hour, or even minute. I seeked for one last shred of light and one last goodbye for the loveable creepy hallway, but it never came. So I became a closed the door to the hallway. The sadness of the hallway chipped away at the door. Cracks formed in me, but somehow with those cracks colors bursted through. Through the sadness happiness formed and through the darkness light formed.

Poetry Slam:
You, Me, and Poetry Scholarship Slam - CLOSED
This poem is about:
Me
My family