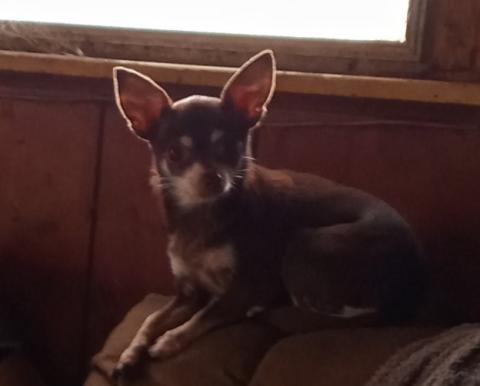 When my Chihuahua died during the Summer of 2020, I was devastated.
When I had to say goodbye and bury her, it was something that I hated.
At first, I wasn't going to buy another dog because it hurts too much when they die.
But I bought another Chihuahua to try to ease my suffering, that's the reason why.
When I bought Hazel one year ago, I started feeling better.
She's sweet and she loves to lick me and she loves it when I pet her.
I bought Hazel five and a half weeks after my former Chihuahua passed away.
Hazel is my Chihuahua who cost $200 and I bought her one year ago today.
When I lost my former Chihuahua dog, I felt so miserable that it drove me to tears.
Hazel and I are celebrating our first anniversary, I hope that she lives for many years.