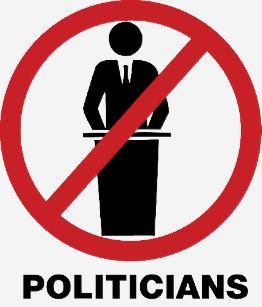 I’m not handing checks because it’s not season

I operate for my own reasons

To protect myself as a human being

Can’t put me down, I am not weakened

I am tired of politics, every weekend

Don’t alarm me before I set the beacon

I don’t fool around with these people

They always trying to make another sequel

They talk slick and are full of evil

Their words and actions are just unequal

But in the end, they fear the feeble

Because they run around being deceitful

Scared they will be caught illegal

Sharing information with the broken needle

These politicians are not strong

Their word game is all wrong

Preaching everyone to play along

To drinking songs all along (Freeze)

Did I say drinking songs?

Let me tell you something the first time, listen carefully…

All these fools are just acting carelessly…

All this fake news is not fair to me

I’m the only one keeping insanity

So don’t make it aware to me!

I make money on my own time

If you wanna call me i'm on Prime time

I don't fuck with violence I hate crime

But politicians worry about their own wine

Preaching justice but they're all lying

Ignoring all the hate and children crying

These are the things I'm not buying, its unfair even though i'm trying

To switch up the race I'm testifying

For all the broken laws I'm specifying

They took away jobs , when we tried applying

Polluting my mind instead of occupying

Just to think of this, is unsatisfying...

They say "the Government is corrupt", i'm signing....(Letss GOOO)

I try to be a humble civilian

While these fools are out here making millions

They switch up their policies constantly, almost appearing reptilian

I am tired of hearing their false claims

Missing every shot at the ball games

Their faces don't deserve to be hung up, signed,  No Hall of Fame

For those disrespected, are just put to shame

An attorney with no evidence, is like this song with No Name

What I am writing, is how I proclaim

The issues more complex than a backwards chess game

This poem is about:
My country
Our world
Guide that inspired this poem:
5 Tips for Writing a Free Verse Poem